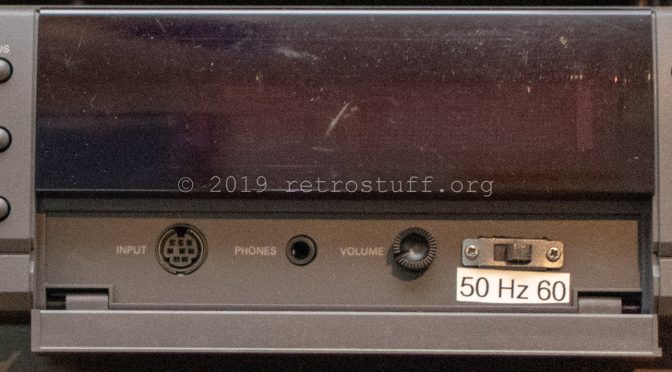 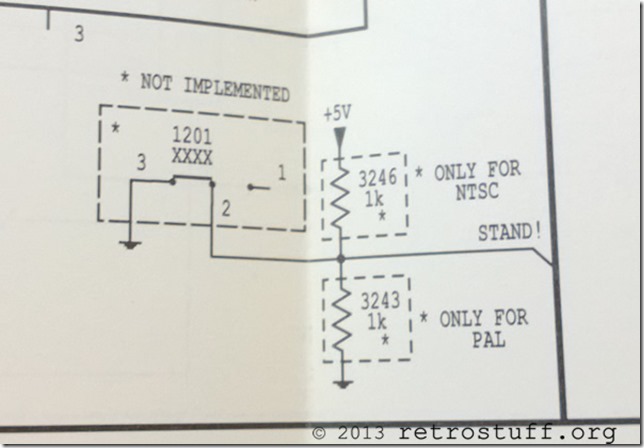 Next to it are two spots for 1k resistors that set the video output of the CD-i player. Resistor 3246 is for NTSC and 3243 is for PAL. According to the blueprints, the spots are on the bottom side of the mainboard:

Parts and equipment needed for the modification

Philips doesn’t use Phillips screws but Torx screws. A T8 or T9 screwdriver is fine to open the case. Note: I didn’t mark all screws in the pictures!
First, remove seven screws to open the outer shell and then six screws to remove the DVC slot. The DVC can stay in the slot. 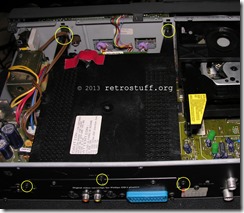 When the DVC slot is gone, you have access to the mainboard. Next, remove the connector to the power supply PCB (yellow circle). The thing in the red circle is a ghetto repair of the infamous Timekeeper chip. At least it keeps the settings/high scores again, but the clock stops when the player is turned off – I’ll have to look into that sometime.
The yellow circle in the right picture marks the target area (C6). 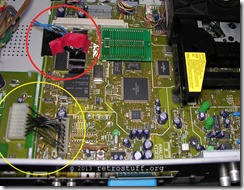 Next, remove eight screws from the backside and four screws / three connectors from the front panel.
Pay attention when working with the disc drive: First remove two screws and then pull out the tray until two holes align above two more screws. Remove them and carefully lift the disc drive which is attached with three connectors to the mainboard. One connector is a very fragile flex cable. 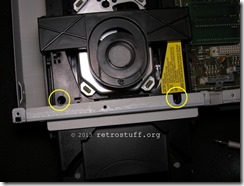 The mainboard is secured with two screws. Take them out and you can finally have a look underneath it.

This is a close-up of the target area. Remove resistor 3243 (marked with a red X): 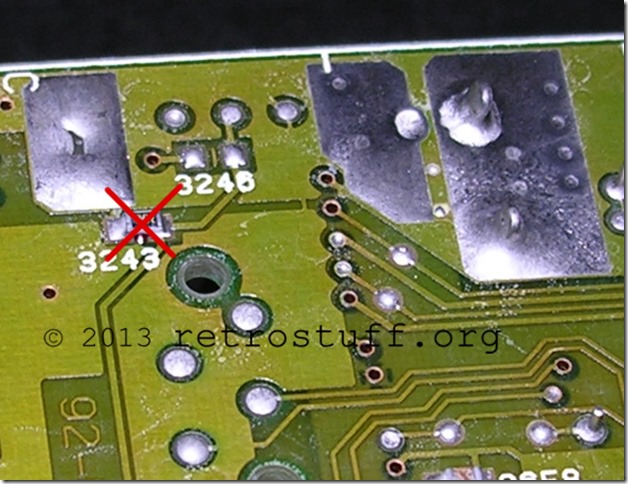 Solder the ribbon cable to the spots shown (+5V, * and ground). You can also solder them on the top side of the mainboard – just follow the * point and use any +5V and ground point available. 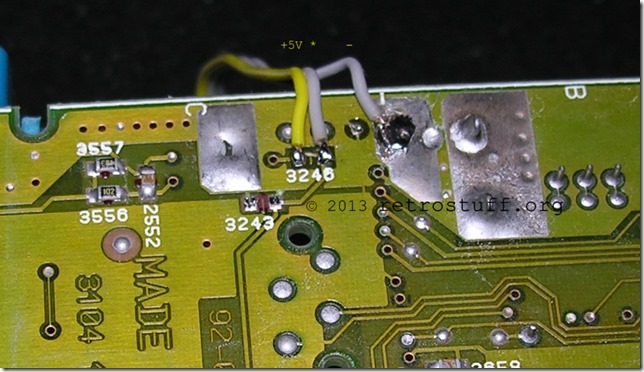 When everything works as expected then disassemble the front panel to find a place for the 50/60 Hz switch. The display PCB is held by seven screws and the input/phones/volume knob PCB by two screws. Be careful when assembling it later. Don’t put screws into the two holes marked with red circles – you could possibly damage the display!
I have marked a place to cut out the hole for the switch on the right picture. 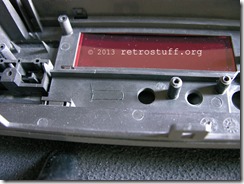 A good place for the switch is behind the small front panel door. As there is limited space, I had to cut off some plastic of the switch until the door would close again. When it fits then solder the 1k resistor to the middle pole, * to the resistor and +5V/ground to poles left and right. Optional: Isolate resistor and cables with heat shrink tube. 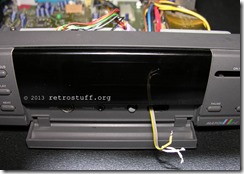 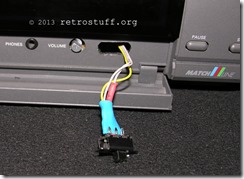 Check again if the switch works and then assemble everything.
Done – you can now enjoy full screen DVC games as they were intended to be!