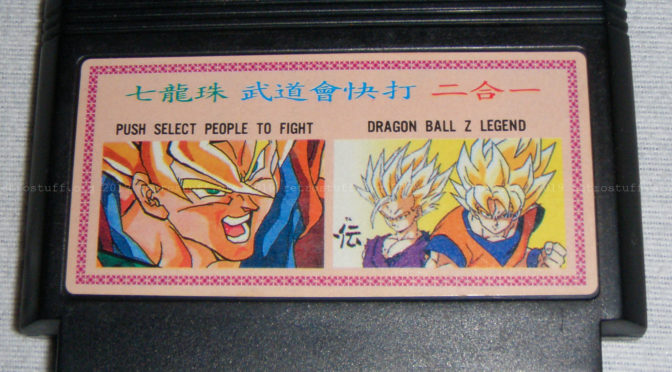 Recently I acquired an interesting pirate 2 in 1 Famicom cartridge: 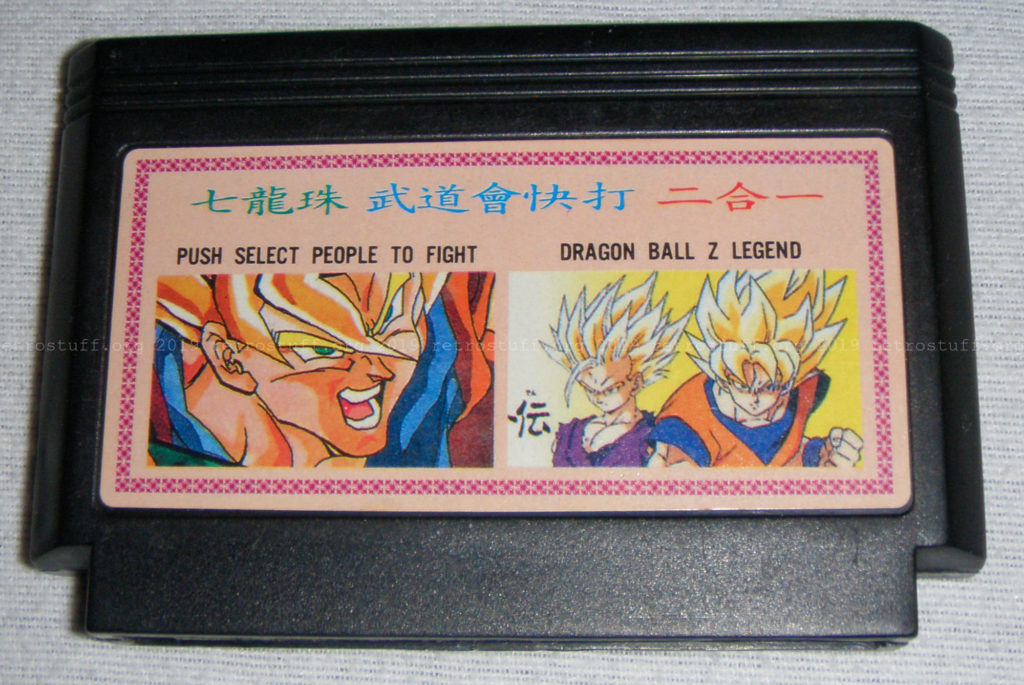 On the title screen, you can select two games: 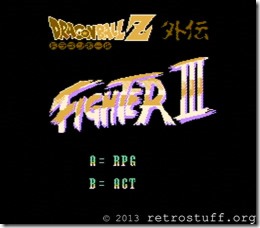 Side-by-side comparison of the hack and the original Datach game: 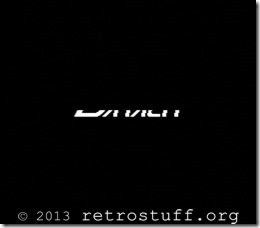 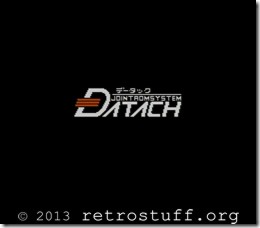 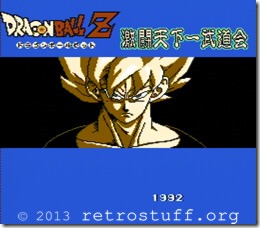 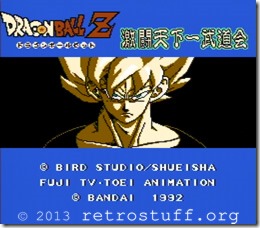 In the original game, you have to scan barcode cards to select the fighters. This is of course not possible in the hacked game. Instead, you press “Select” and then a number appears on the screen that can be changed with “Up” and “Down” (the mysterious inscription on the cartridge label “PUSH SELECT PEOPLE TO FIGHT” makes sense now…): 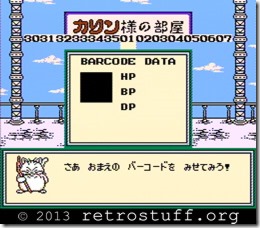 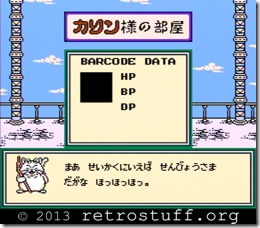 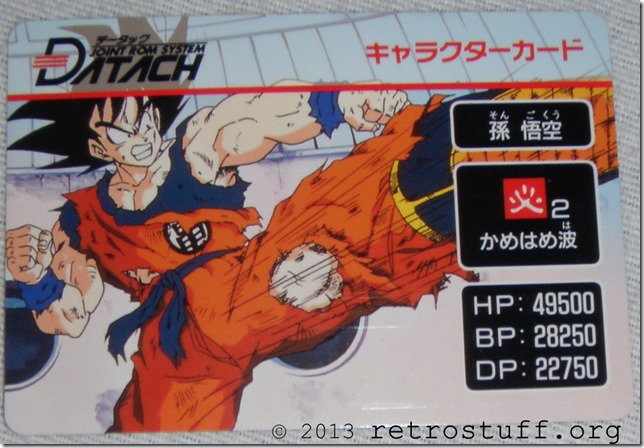 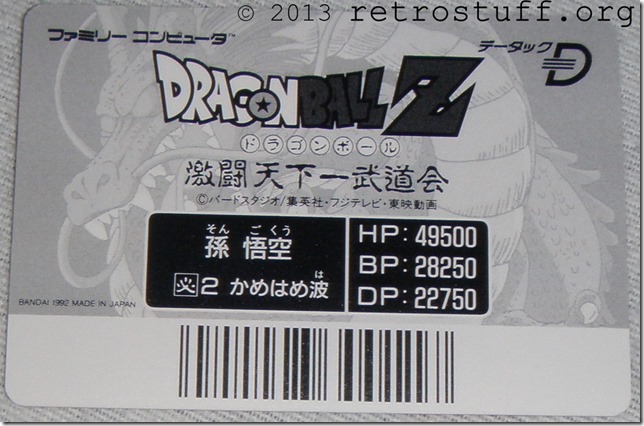 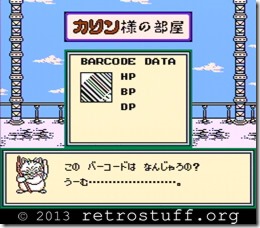 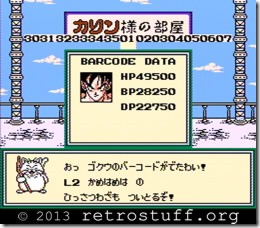 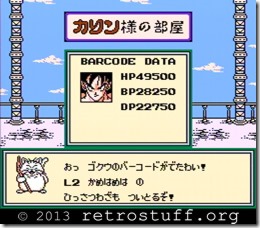 The other Choice “A= RPG” starts a hack of the game Dragon Ball Z Gaiden: Saiyajin Zetsumetsu Keikaku. As far as I can tell, the only change made was to remove the copyright information from the title screen: 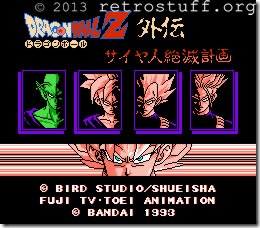 In case you are wondering about the good quality of the original game’s screenshot – that was made with FCEUX. All other screenshots were made with a video capture card.