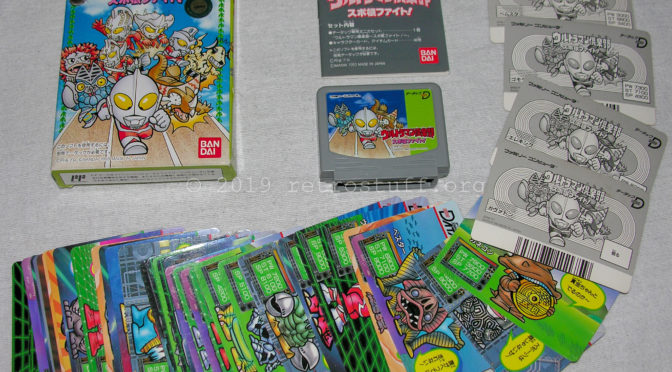 In the meantime, MESS became MAME, and it is still possible to play these games (for instructions see below). It’s time for another batch of scanned cards.

These are the 40 cards (unsorted) for the second Datach game, Ultraman Club: Spokon Fight!!. The barcodes (EAN-13) have been read with Bytescout BarCode Reader and can be used with MAME. I have tried some of the codes, but not all of them. If you find any mistakes, then please let me know.

Skip the start screen and some scenes.

This is where the game expects some cards to be scanned.

Open the MAME menu with <TAB>, select the Barcode Reader and press Enter.

Select New Barcode: and type in a code of one of the character cards.

Select Enter Code and press Enter. This will submit the code to game. Repeat this procedure every time a barcode needs to be scanned (four times on this screen).