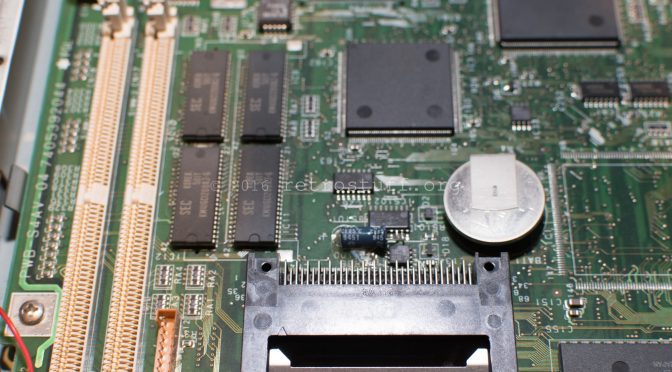 When my FM TOWNS II Fresh・E suddenly refused to boot from HDD and Towns OS (from CD) didn’t show the HDD anymore, my first thought was that the HDD has finally given up. It had sounded like an airplane engine lately (and still does). Then I noticed that date/time settings were lost too, meaning it was probably related to the BIOS battery. To access or replace the battery (3V CR2450), the whole unit needs to be disassembled.

1. Open the case by removing the screws on the back and the sides

2. Remove the front panel and the two metal plates on top of HDD and FDD 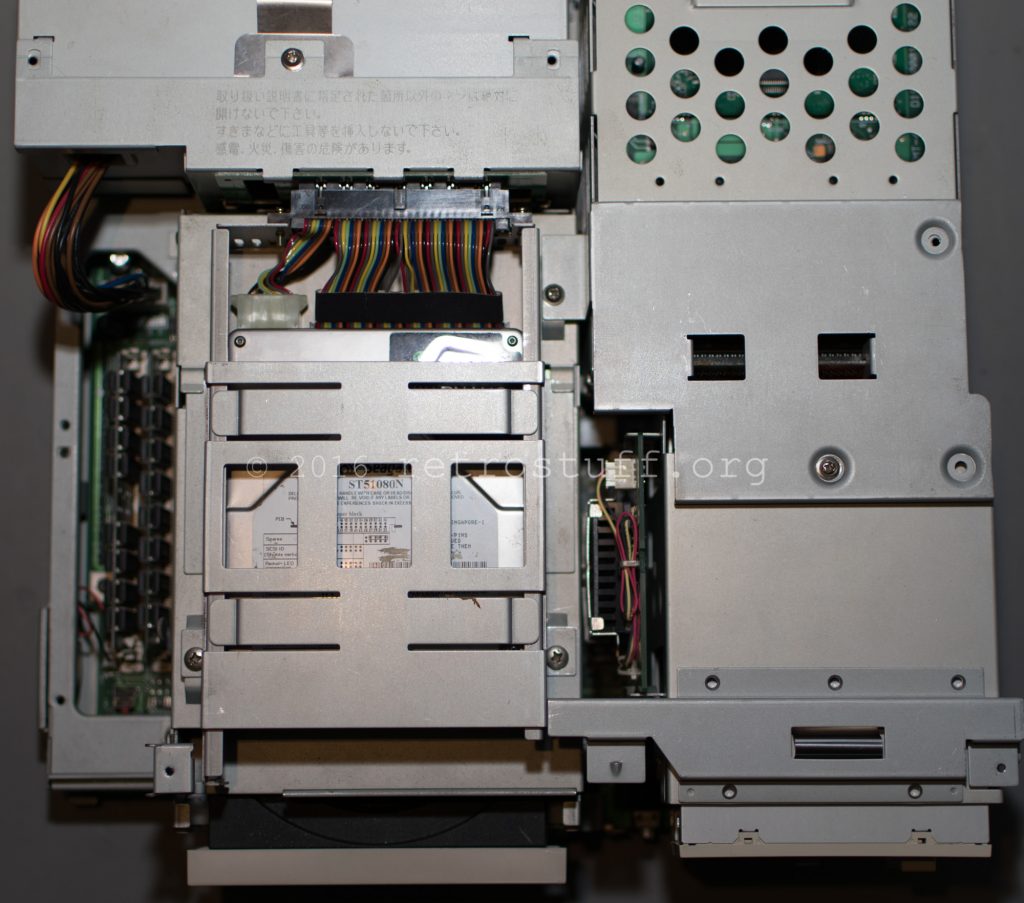 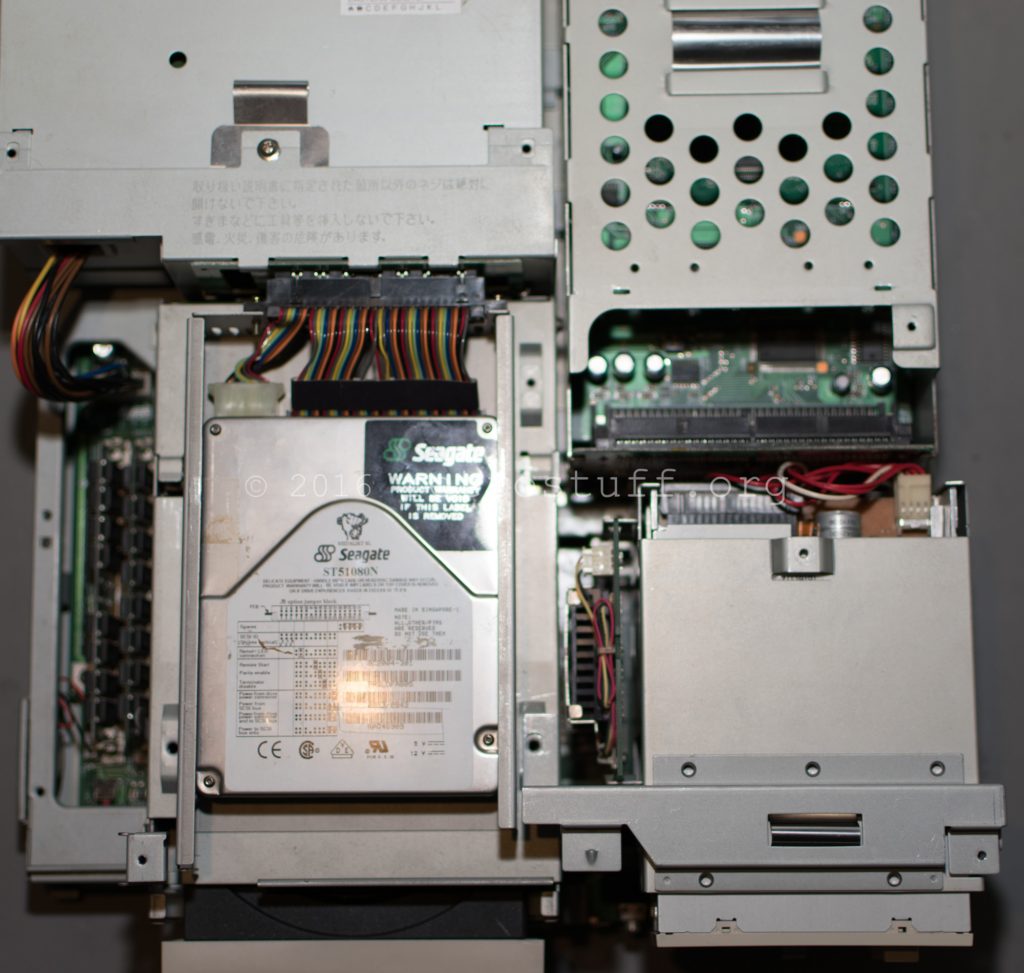 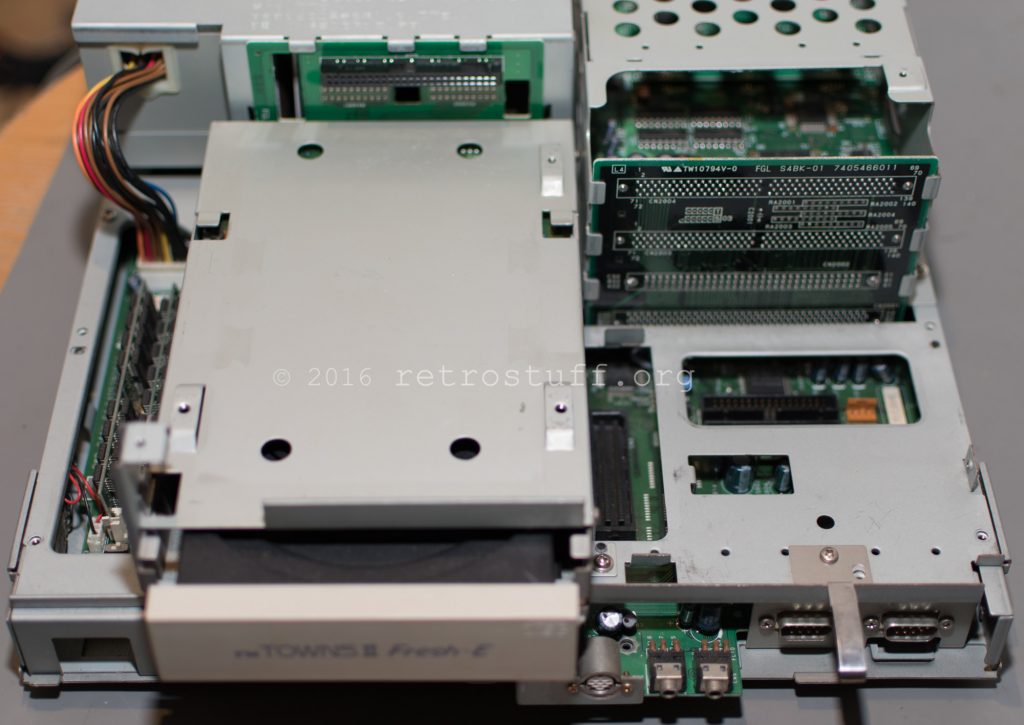 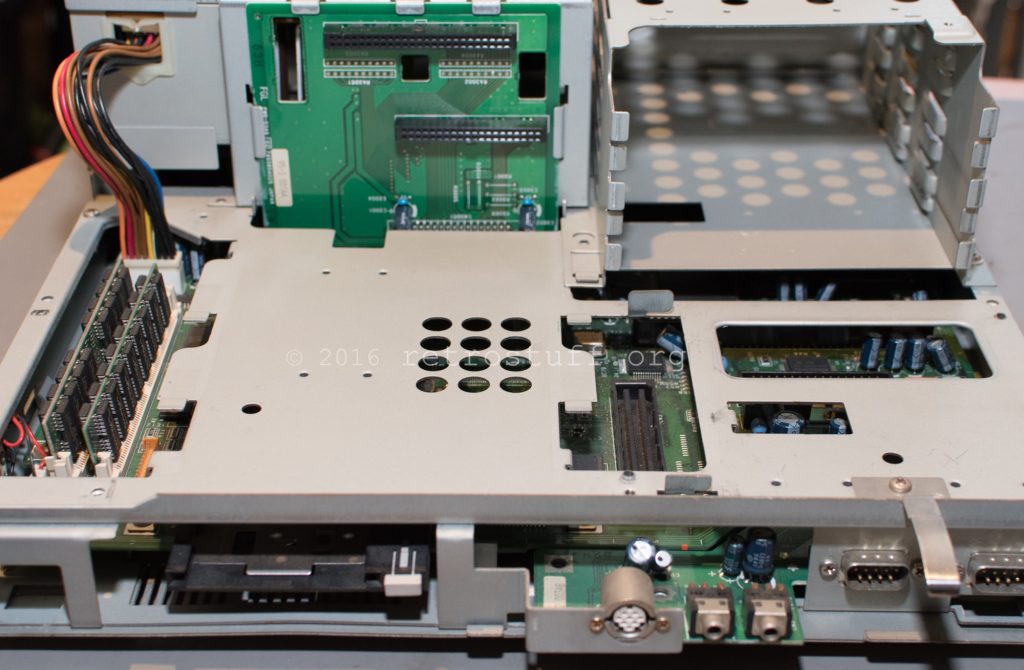 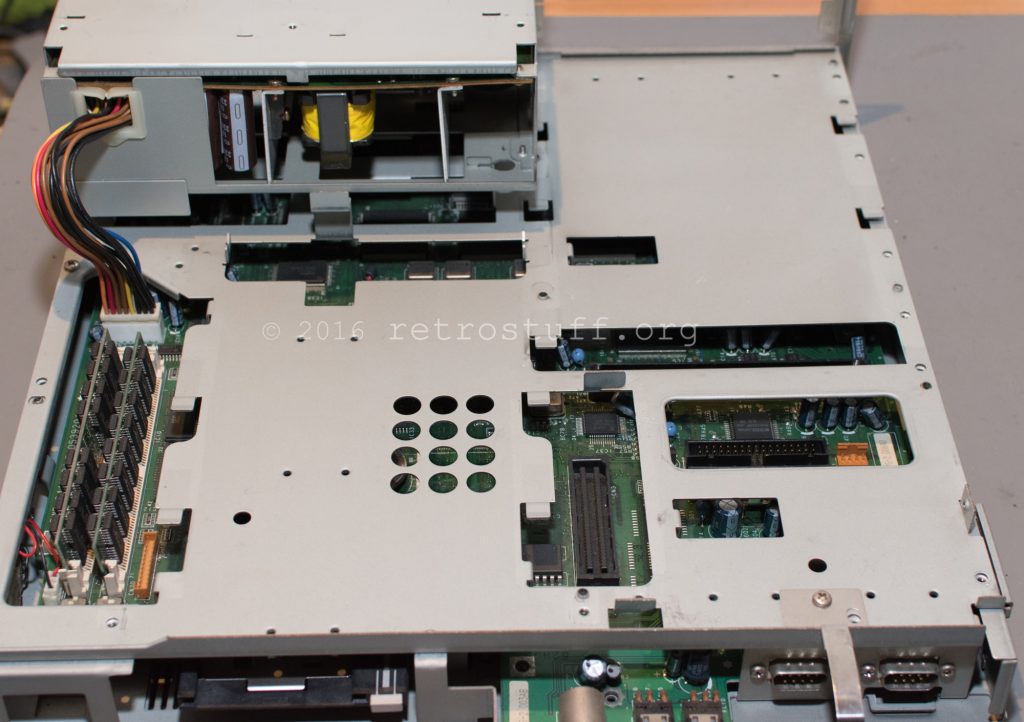 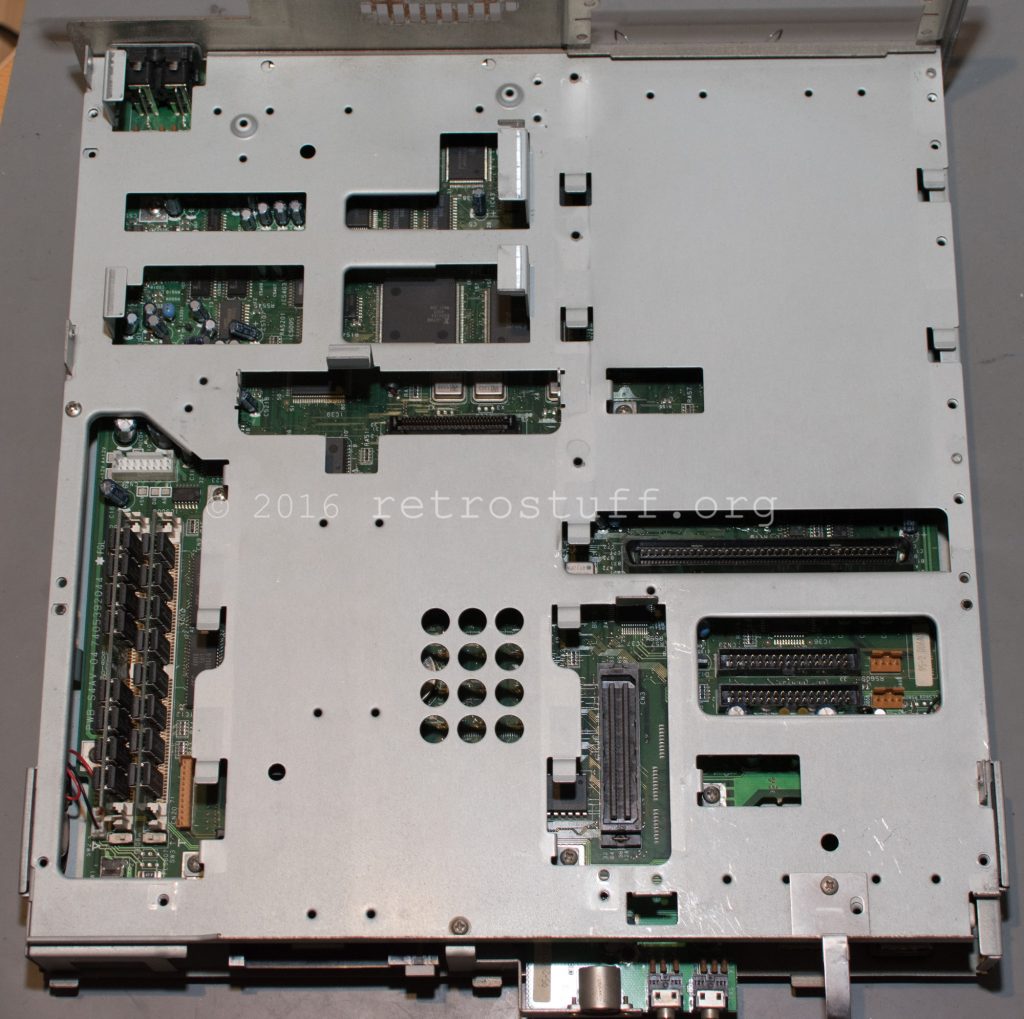 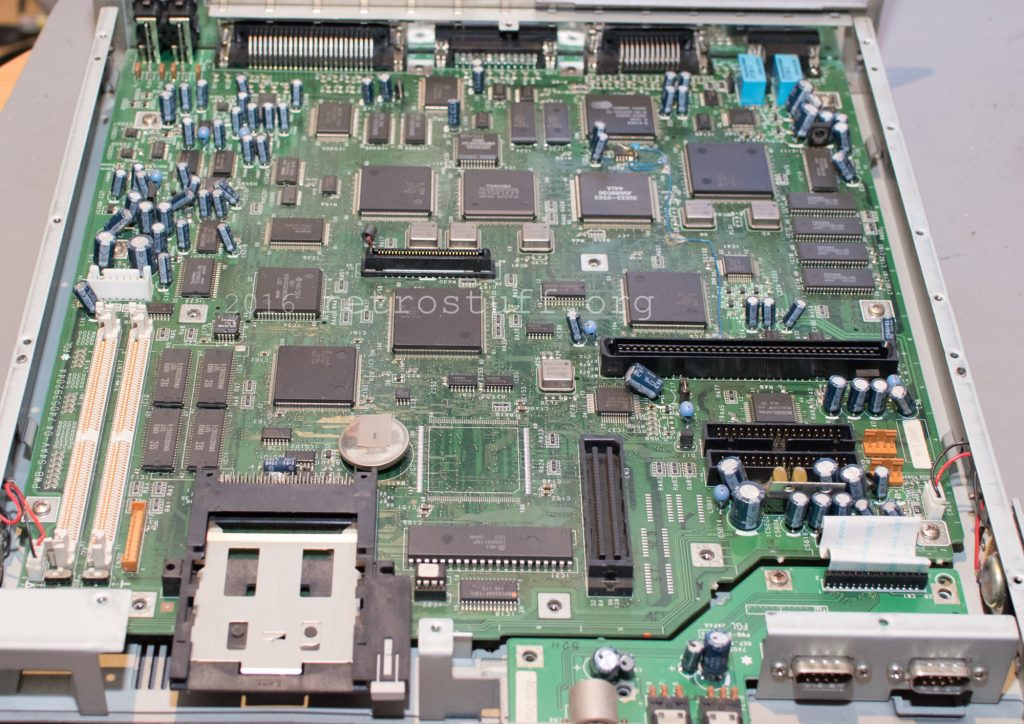 5. Remove the mainboard and the battery from the area circled in yellow and replace the battery (or solder wires to a socket) 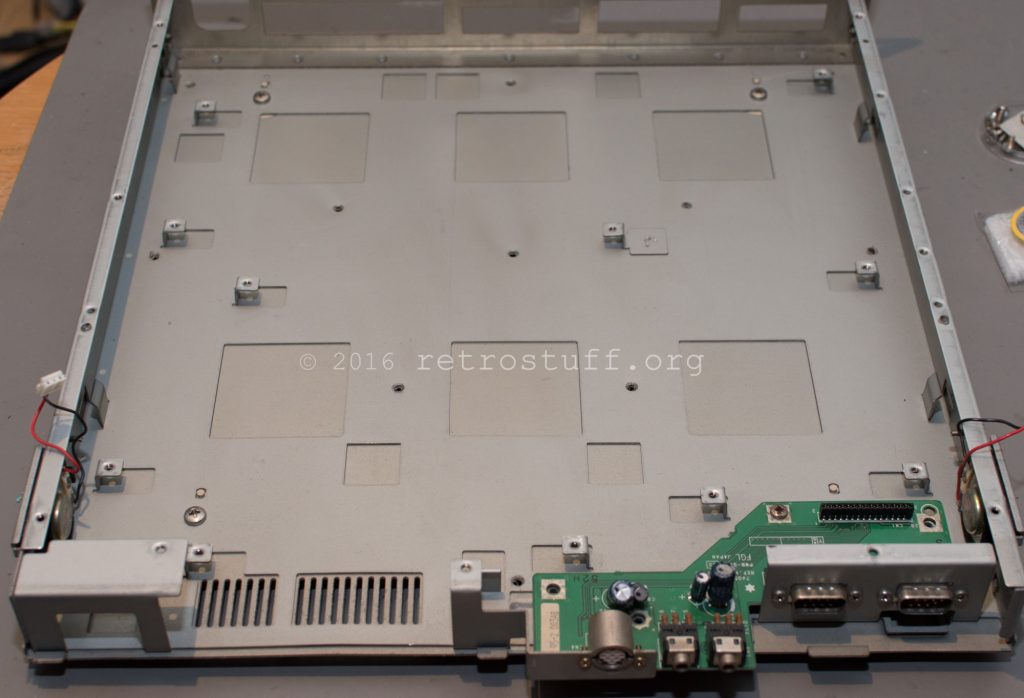 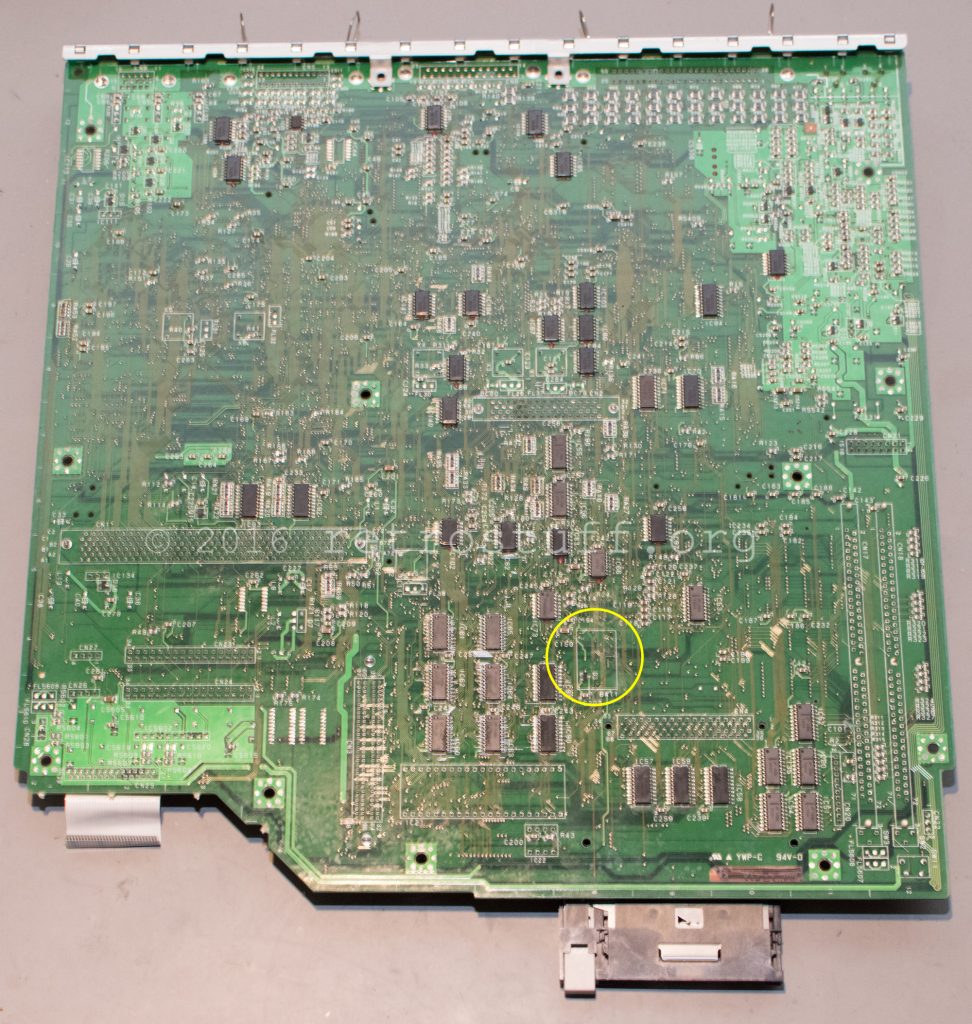 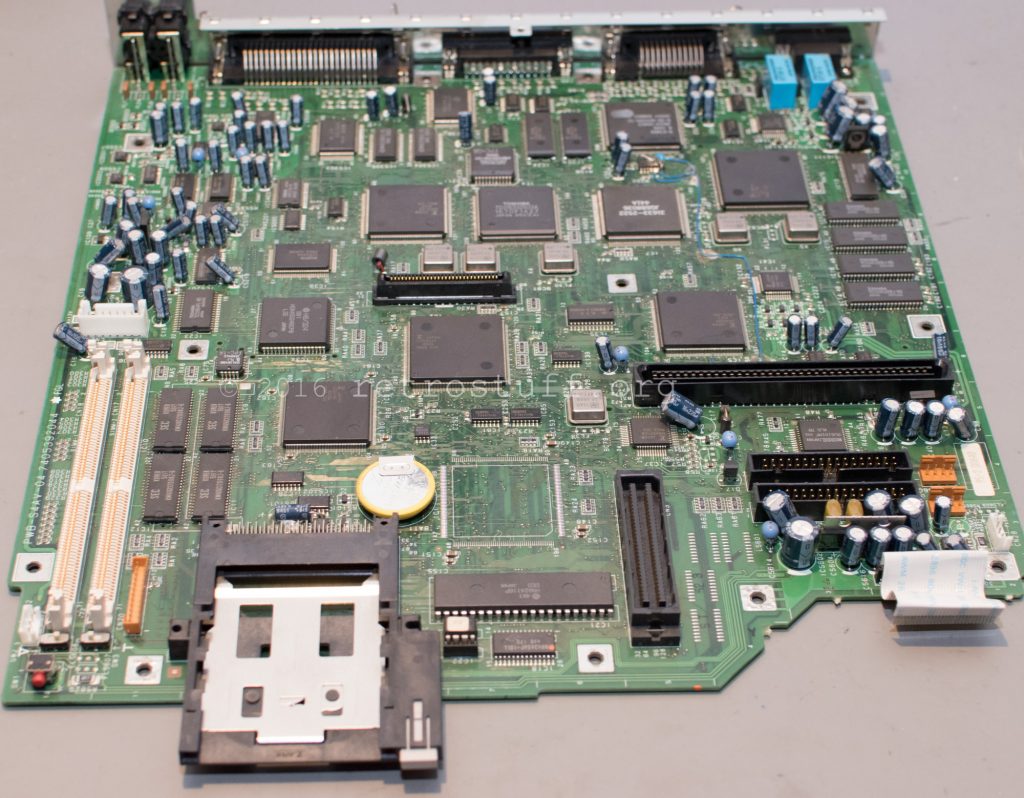 6. Put everything back together. These are the parts that were removed:
PSU, FDD, ODD, HDD 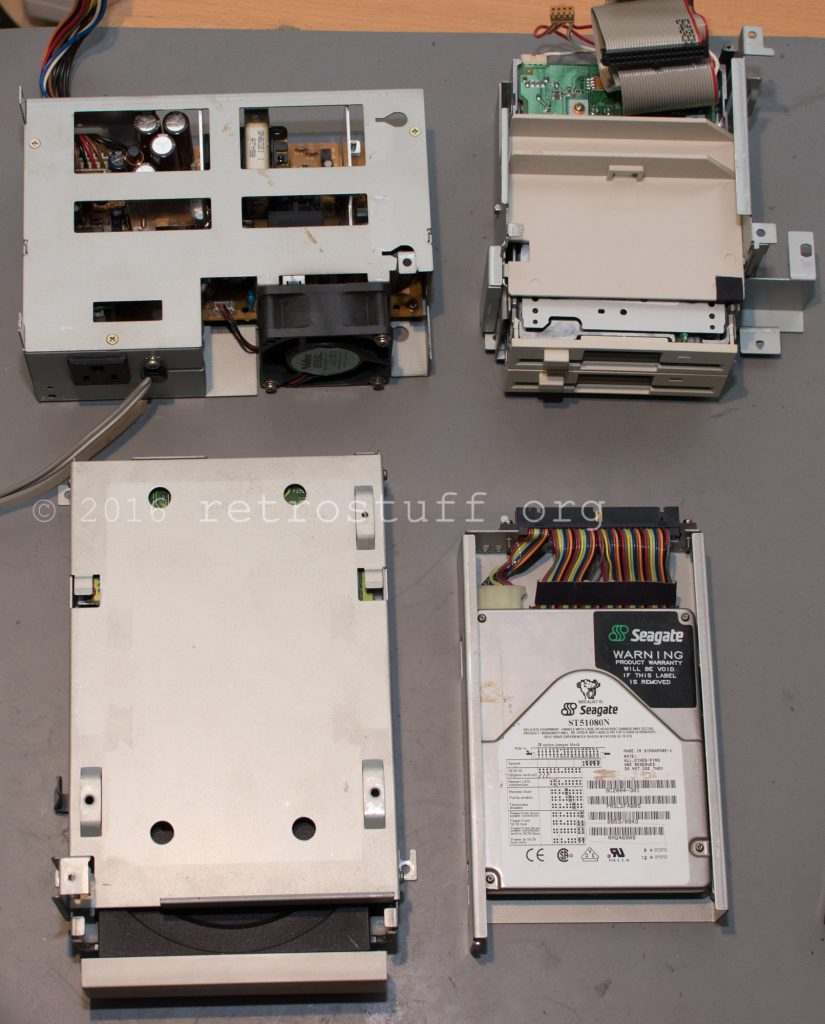 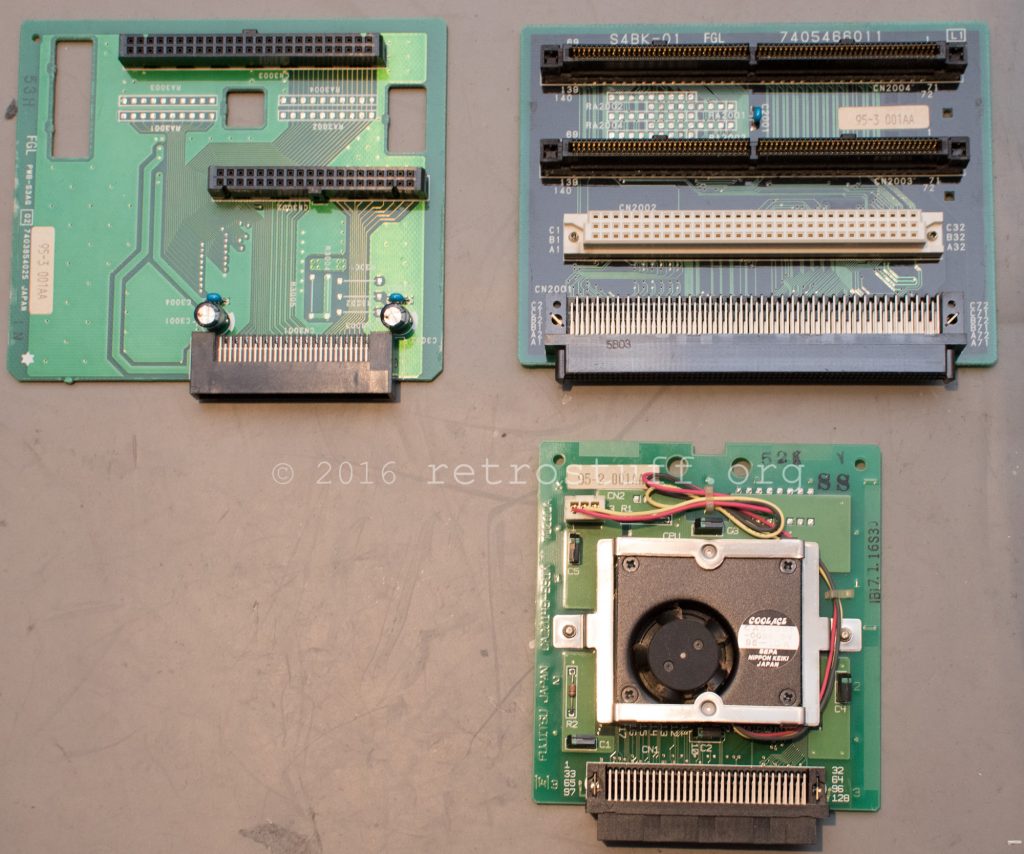 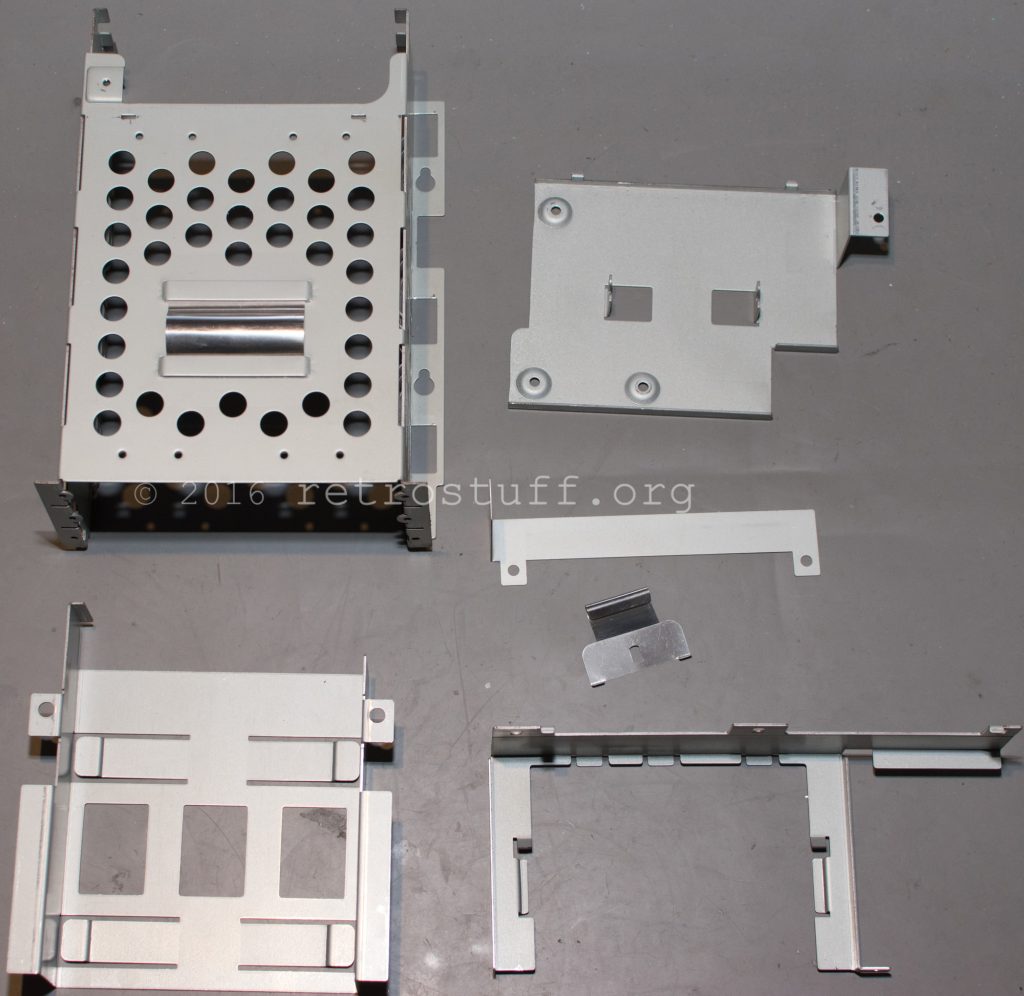