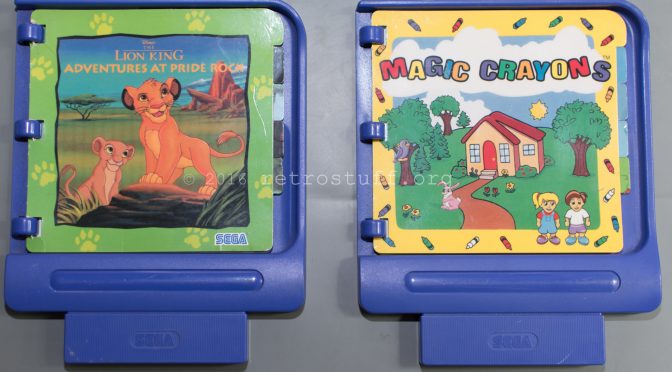 Found two more donor carts for use in a Sega Pico flash cart:
The Lion King: Adventures at Pride Rock and Magic Crayons, both “Assembled in Mexico”.

The chips can easily be removed and replaced with M27C322 EPROMs, as described in the Sega Pico Flash Cart Tutorial.

Update: A new flash cart solution has been released.