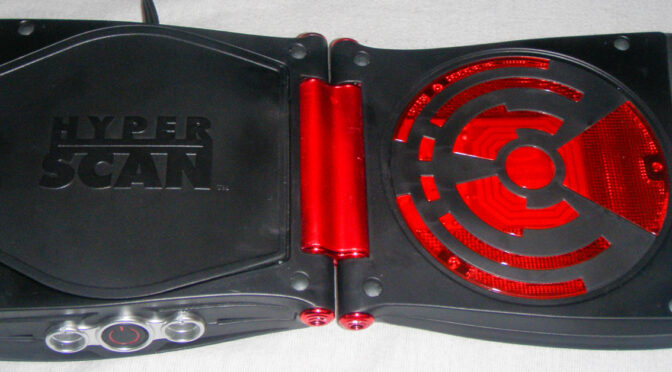 The Mattel HyperScan was a short-lived console in 2006. It had an interesting concept though, to enhance classic video games with collectible RFID cards. This concept was later picked up in a similar form by the Skylanders games and Nintendo’s Amiibo.

Playing the games (and scanning cards) can be described as more interesting than fun. The games seem unfinished and buggy. And then there are the long loading times, a problem that already the NeoGeo CD suffered from back in the days.
There were even some first steps with homebrew programs here and here.

A couple of years ago, you could buy the console, games and cards for a very low price, but it seems the system is gradually getting rarer and so the price goes up.
I was able to get my hands on the console, a second controller and the first three games with a lot of extra booster cards:

This is what’s inside (not on the picture is the second controller, the power supply and the majority of the RFID cards):

There was also the value pack for two players, it comes in an ugly box and just takes up much space:

The startup screen of the HyperScan, notice the lit-up RFID area on the right:

Eight screws are hidden behind plastic caps. When taken out, the back cases can be removed. This is an inside look from the back, with the console turned upside down. The left half contains the main PCB, the two Mini-DIN-6 connectors for the controllers and the power switch (on the top) and the A/V cable, USB and power connectors (on the bottom).
The right half contains the RFID PCB and a couple of LEDs to light the area up. 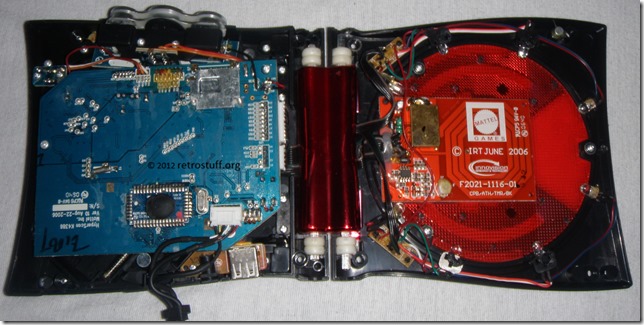 Remove the main PCB to reveal the CD-ROM drive: 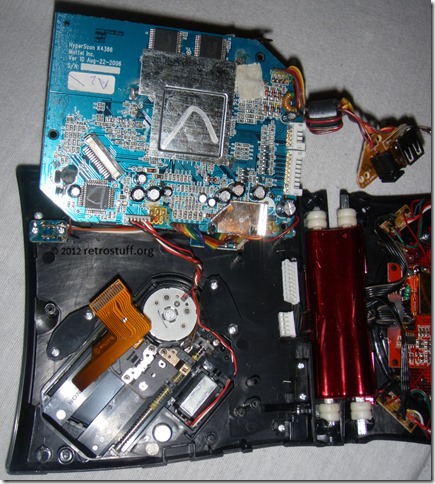 A close-up of the main PCB: 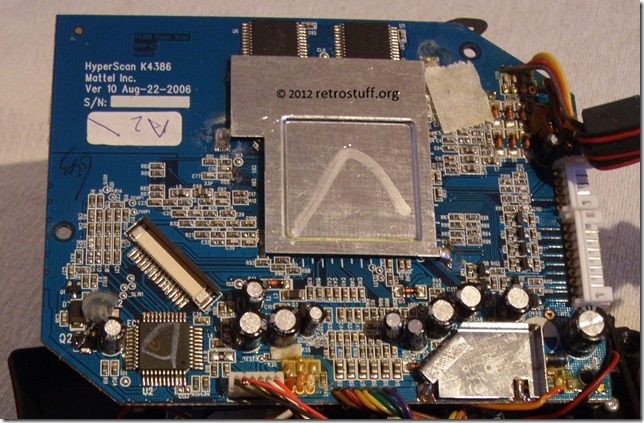